The history of MuñecArt begins in 2016. Before its appearance, the Spaniards, at the words "author's doll", believed that they were talking about nesting dolls, or about porcelain figurines. Nobody knew what it was - an art doll. Therefore, the main goal of the project was to popularize the art of dolls in Spain. With which we are constantly working, improving and modifying the project, depending on the wishes of spectators and participants, from year to year. 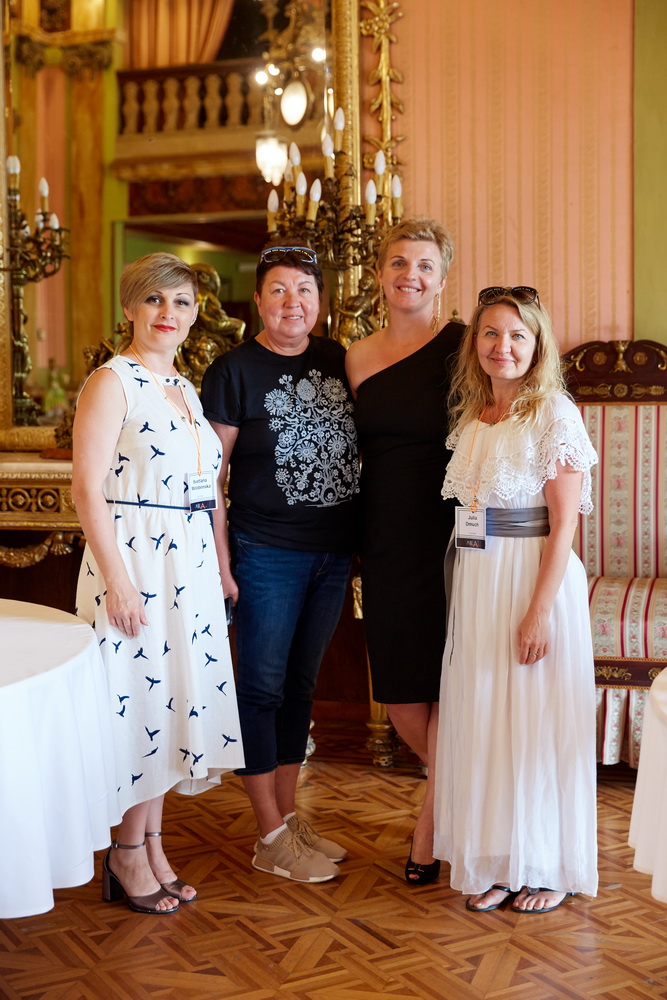 This story began about 10 years ago.

Little foreshadowed then what an accidental meeting would result in. Nevertheless, someone up there apparently needed to show the way.

I lived in a beautiful City, went to work, traveled periodically, in a word, I lived like everyone else. Nothing remarkable. Until one day I ran into this ...

I walked along the not most visited line of Gostiny Dvor. There are always much fewer people here than on the same Sadovaya, and no one bothered to look at the goods. Suddenly, right after the carpet store, something strange opened up to me. Quite a large store with goods of unknown purpose. There were also several dolls that were very different from those that I was used to since childhood. Like any creative person who literally catches something interesting out of thin air, I felt that I had found a treasure. What was not there! Various types of plastics, tools, books, magazines, doll eyes, hair and much more. 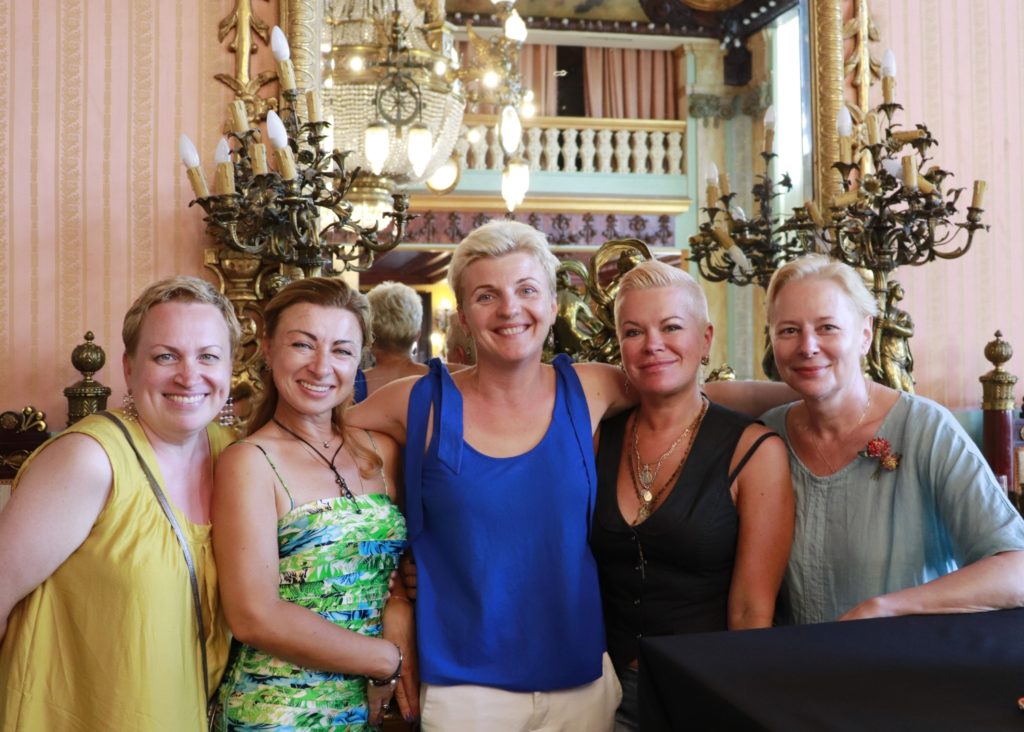 Until that moment, I had never encountered the world of designer dolls and did not even suspect its existence, so that meeting was literally like a bolt from the blue. I realized that this is exactly what I have always been looking for. My creative nature was always looking for a way out, but everything that I found did not fascinate for a long time, it was not right. And only in dolls I realized that I could not only create any absolute images, but also feel with my hands what you were doing. As it turned out, it is very important to me.

Stunned by the discovery, I fled disgracefully.

A few days later I came back on purpose, to check the sensations. I walked around for a long time. It was not clear how to approach all this. Obviously, this should be done from childhood. She began to be mortally jealous of the doll artists. There was a feeling that I had been cheated with something serious in my life. In the next such visit, I found an advertisement with puppet courses. Greedily clinging to the prey, she decided to write down her daughter, and herself to sit next to her and absorb. Lisa's wishes were not taken into account. She only needed to be present until the mad mother realizes her ambitions.

I called. On the other end of the line, they said that it was not for children. My world turned upside down again and finally got to its feet.

Ira, losing her slippers on the go, ran to study. And from that moment on, my life took a different path, gradually changing everything around.

I found my life's work. Soon she met her future husband and moved to Spain. Already living in Spain, I discovered a complete absence of doll exhibitions, which I had already got used to. I suffered for some time (about three weeks, about J), and then decided to create an exhibition myself. If the mountain does not go to Mohammed ...

This is how MuñecArt was born. I love to talk about him. Never get bored. I wanted to come up with something exceptional, individual, unlike anything else. Analyzing the past four years, I see that no season is alike. The exhibition is a living organism, it is constantly growing and changing, responding to the requests of visitors and participants. 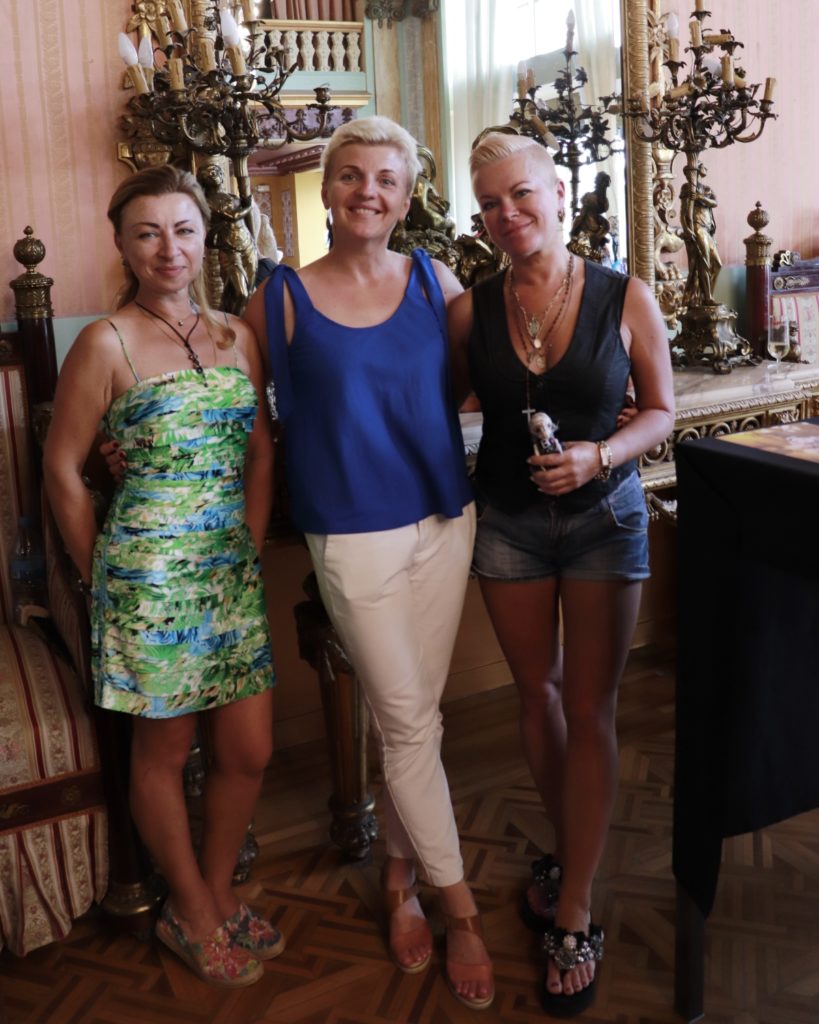 A modern author's doll is a special kind of art that combines sculpture and painting, costumes and theater, poetry and music.
We create our exhibition as an affordable means of popularizing puppetry art. That is why we have created a unique platform where art connoisseurs and collectors can see the masters and get acquainted with their works.

To popularize and scale the art of designer dolls.

Make an exhibition of designer dolls a large-scale and cultural event. 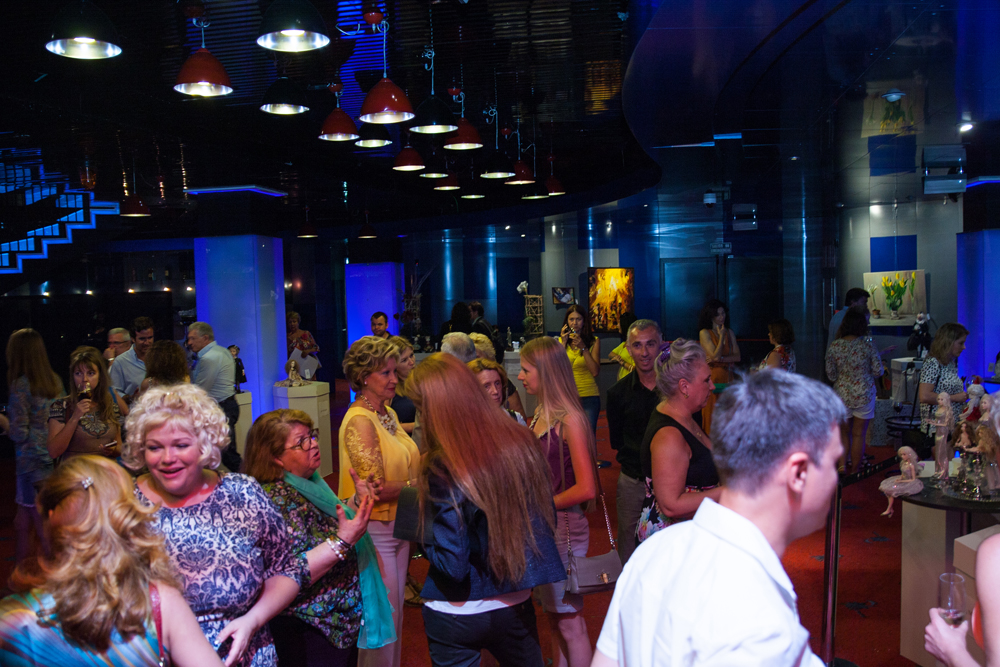 The first season took place in three Spanish cities at once; in June - Alicante, in July - Benidorm, in August - Orihuela Costa. The exhibition took place in the halls of the casino. Several masters came to the opening of the exhibition in person, but most of them sent their works by mail. In a way,  MuñecArt became a cultural revolution in Spain. The Spaniards were completely unfamiliar with this art form and accepted the newcomer with delight. It became clear that it was imperative to continue what was started. However, despite the success, it turned out to be very difficult to carry out it in such a long format, besides, the dolls could suffer from constant moving and I decided to make it only in Alicante, limiting myself to a few days. The second season of MuñecArt took place from 4 to 7 June 2017 in Alicante. This time, many more masters came in person, but the percentage of absentee participants was still high. Within the framework of the exhibition, a conference was also held with the participation of such stars as Ankie Daanen and Brigitte Deval.

In the same year, for the first time, we held a charity lottery in favor of the House with a Lighthouse children's hospice. The tradition of collecting money for charity has survived to this day, and craftsmen are always willing to take part in it. The third exhibition was held in the luxurious imperial hall XIX century, casino of Alicante. It was decided to radically change the surroundings and therefore this salon was chosen as the most beautiful in the city. It is to this hall that we owe the stunning photographs, as well as the close attention of the press. At the same time, the exhibition was decorated with a puppet show "Signora Sausage" performed by the puppet theater actress Olga Skidanova. The performance took place in the old casino library and attracted a huge number of young spectators. At the same time, we held master classes by Kristina Vassa and Irina Zheleznova and the lessons were held directly in the hall during the exhibition. And, of course, a charity lottery. This time in favor of the Union of Volunteers "Dog as a Dog". As you can see, every year has been eventful. 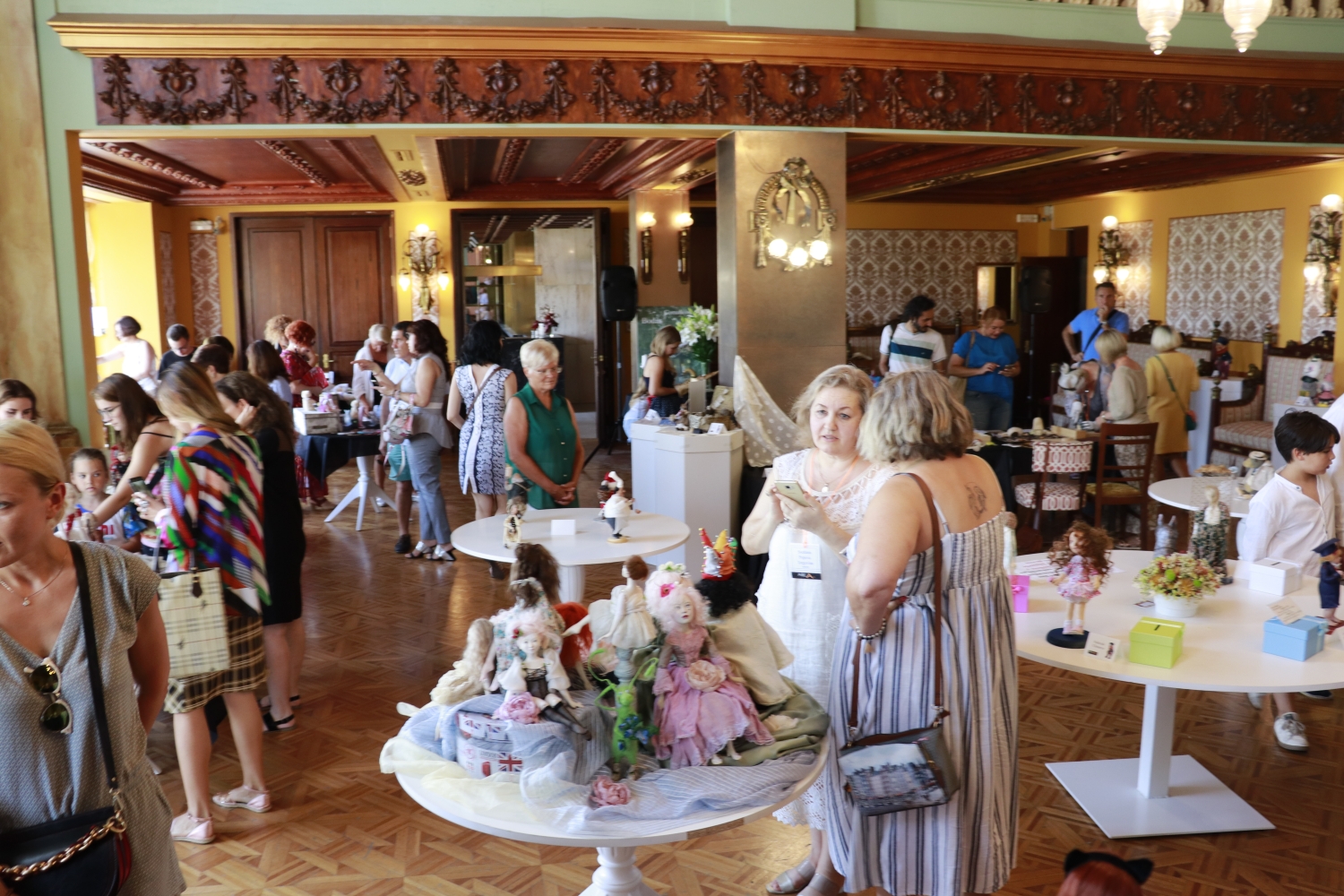 Fourth year MuñecArt limited to only two days, but so emotionally charged that the participants did not want to leave even after closing. Of course, there were amazing master classes from Lucy Lyutikova and Christina Vassa. By the way, Christina gives her lessons, only on MuñecArt, nowhere else. If someone wants to learn from this famous author, then he needs to go to Alicante. In addition, the first puppet competition was held in the same year. Gaudir... Thus, in 4 years the project has developed as a brilliant and coveted festival of author's dolls, where the masters not only show their works to the new public, but also study, as well as relax and communicate, under the Spanish sun on the shores of the Mediterranean Sea. The fifth season, due to well-known circumstances, is completely different. It is virtual. This does not mean that it is worse, by no means. He's just different. Authors have all the same opportunities as in a "live" exhibition; show work, the opportunity to sell, communicate with colleagues and learn something new, only all this is not in the format of one city, but for the whole world. An exciting perspective!

Time will tell whether MuñecArt will return to the previous format or not. Today he is and he is beautiful! 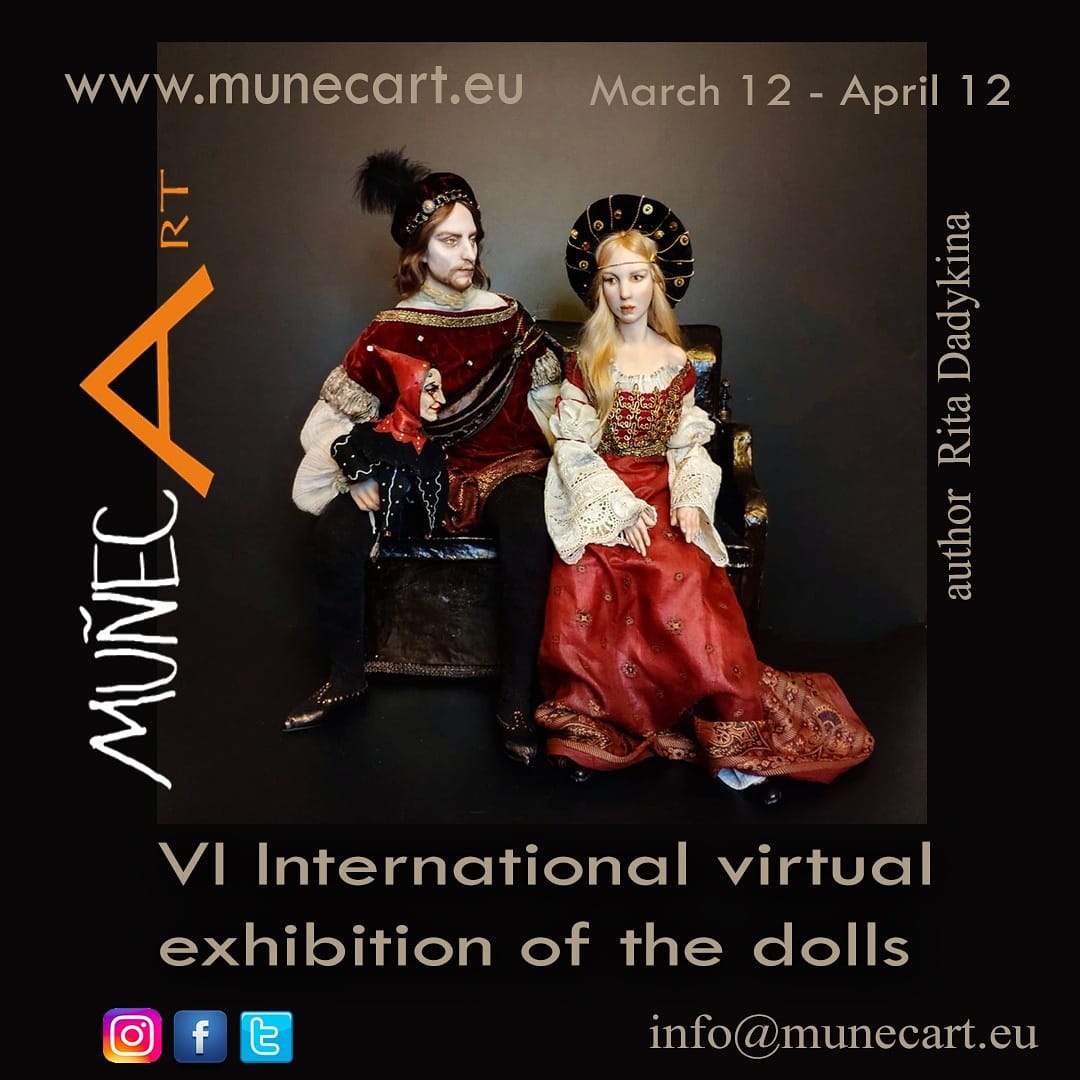 The sixth season of the exhibition continued the success of the fifth and became one of the most significant events in the world of designer dolls!